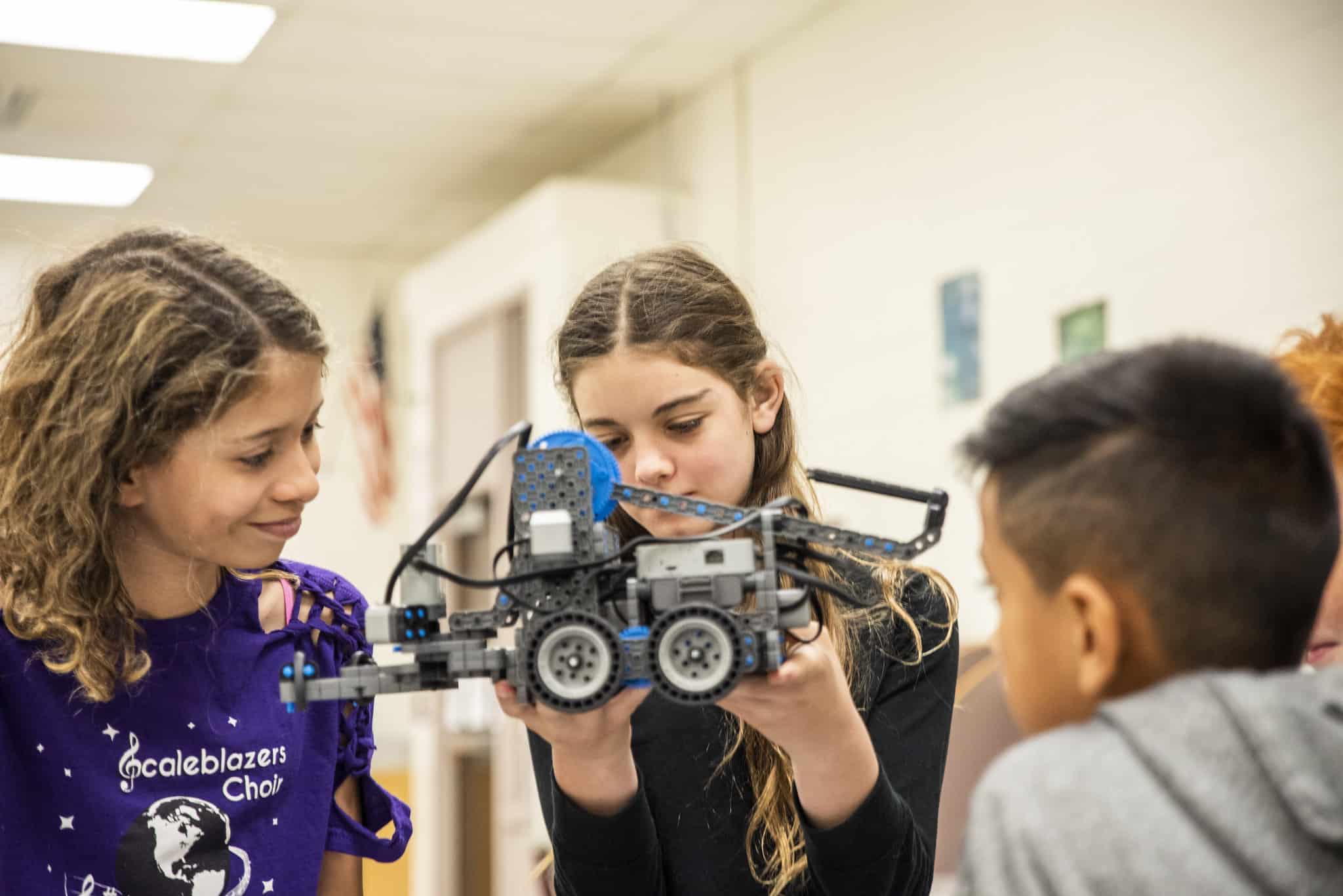 By the Numbers: A Strong Competitive Advantage

St. Vrain Valley Schools is moving the needle on academic growth and student success to deliver a strong competitive advantage for all students. A few of the many highlights include:

In the 18-19 school year, students had the opportunity to earn 16,259 college
credits through concurrent enrollment, Advanced Placement exams, and
International Baccalaureate exams.

Approximately 82% of St. Vrain’s high school students are engaged in the arts,
athletics, or other co-curricular activities beyond the traditional school day.

St. Vrain has been awarded over $32 million in competitive grants for advancing innovation and student learning.

St. Vrain has over 90 business and corporate partners who support student advancement opportunities.

St. Vrain outperformed the state average on all 12 state standardized assessments in 2019.

94% of all schools and 71% of Title I schools are accredited in the state’s top two categories.

St. Vrain’s financial reserves have been built to $120 million (34% of the general fund budget), a 100% increase since 2015. The St. Vrain finance team has been recognized with numerous state and national awards for 16 consecutive years.

Standard and Poor’s has awarded St. Vrain one of the highest bond ratings in Colorado at AA+.