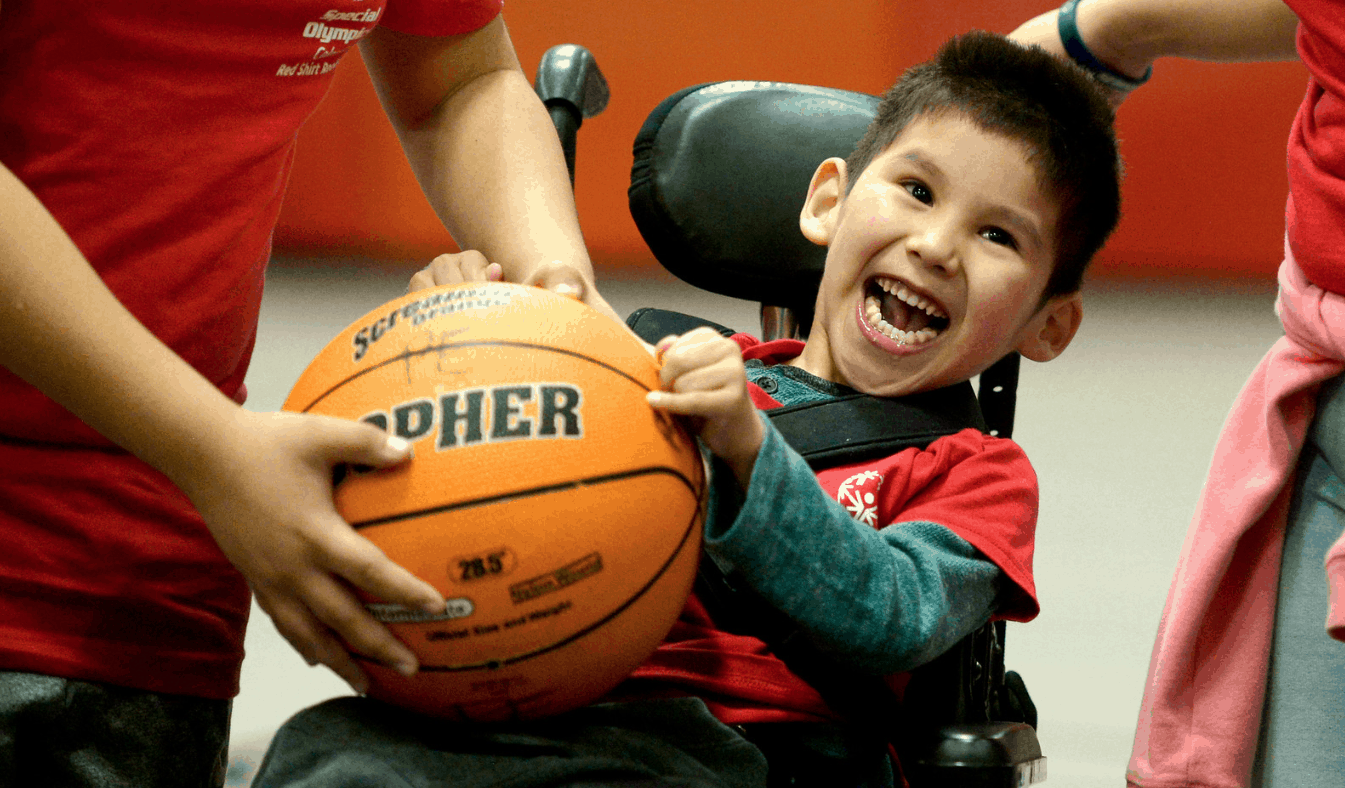 The success of Unified Sports is expanding to the elementary school level with Rocky Mountain Elementary hosting their first Unified Sports Basketball game as part of a weeklong campaign in March to promote social inclusion across the school. The Unified Sports program partners students enrolled in traditional education classes with those in special education classes to compete together in various sports games. Rocky Mountain celebrated the week with different themed dress days, a school wide pep rally, and a culminating staff vs. students Unified basketball game. The students played for the Red Shirt Rookies and beat the staff 44-11, but the celebratory week was a win for all in the Rocky Mountain community.

Rocky Mountain Elementary Special Education Para, Jill Vickland, was inspired by her friend, Mead High Special Education Teacher, Amber Vanzant, to bring an elementary level version of the Unified Sports program to Rocky Mountain. Vickland shares, “The week was about spreading awareness of inclusion and bringing joy to all Rocky Mountain Elementary students.”  One of the week’s highlights was the school wide pep rally where the school was colored in red and students wore their Red Shirt Rookies gear in honor of their team’s Unified Sports name. The entire school gathered for an assembly where the athletes were introduced to the crowd and students on the Unified Team shared what their participation in the program meant to them. Fourth grade student, Julian Garcia, has learned a lot serving as a partner in Unified. Julian says the athletes have taught him, “Don’t give up!” and “Just keep trying!”

There was plenty of pep with selected fifth grade students playing original songs for their peers. Music teacher, Jen Goerlitz, assembled a band to include a drummer, singers, guitarists, and keyboard players. The band played their own version of “We Will Rock You,” changing the lyrics to “We Are, We Are Rocky Mountain.” The school even received a visit from the Longmont High cheerleaders who also performed at the assembly.
The main event was the basketball game where Vickland says she was able to see the hard work of the athletes, partners, and staff “become a reality.” The gym had been transformed with the crowd presence, an ESPN booth with students serving as broadcasters, and a volunteer referee.

Vickland’s hope is that more elementary schools adopt Unified programming so the students can compete with each other. According to Vickland, “Sports is about inclusion and games bring everyone together in a fun and relaxing way. Unified is a great way for kids to mix, learn about each other, and work together.”